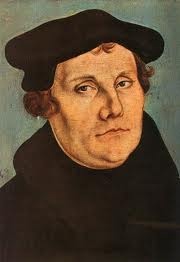 Luther once stated: “A council may sometimes err. Neither the church nor the pope can establish articles of faith. These must come from Scripture.”

The Reformation was by far one of the most impacting events in the history of the church. The Reformation not only affected the church but politics and cultures alike. Such penetrating changes are still seen in today’s society.

One of the main and most important figures in the Reformation era was none other than its prominent leader, Martin Luther. Bruce Shelley states, “Martin Luther was the father of the Reformation, which transformed not only Christianity but all of civilization” (Church History in Plain History, 244).

One of Luther’s staggering new doctrines was Sola Scriptura—the doctrine that the Bible is the only authoritative norm in the Christian’s life and devotion.

Sola Scriptura was a revolutionary doctrine at the time of Luther’s Reformation. It called the church to return to its biblical roots—submission, love, obedience, and a high view of Scripture as the only authority as it was clearly seen in the early Christian movement.

The Reformation had many positives and negatives that affected society, culture, and the church. Luther and the Reformers did not get everything right. One thing for sure was as Francis Schaeffer states, “The Reformers accepted the Bible as the Word of God in all that it teaches” (How Should We Then Live? 82).

The Bible is the only authority in the Christian’s life. It’s the foundation for living, the standard of truth. No man, council, or church is above the authority of Scripture. This was one of the main issues between Catholics and Protestants in the 1500’s.

The Bible is sufficient, powerful, and life-changing. The apostle Paul said:

All Scripture is breathed out by God and profitable for teaching, for reproof, for correction, and for training in righteousness, that the man of God may be competent, equipped for every good work (2 Timothy 3:16-17).

For the word of God is living and active, sharper than any two-edged sword, piercing to the division of soul and of spirit, of joints and of marrow, and discerning the thoughts and intentions of the heart (Hebrews 4:12).

The Bible—God’s Word is the only standard of living, therefore we should strive to obey it wholeheartedly.

Luther’s call to return to the Scriptures—is a relevant message not just for the sixteen-century church—but also for our current generation to admire and embrace for the glory of God as it continues the mission of the gospel to the world.